While most would think that a story talking about the discovery of your long lost cousinâs remains in the Philippines would be straight from an episode of CSI, itâs becoming huge scientific news overnight. Â The recent discovery of seven teeth and six small bones has led to the classification of a new species of ancient human, Homo luzonensis. H. luzonensis is believed to have inhabited the island of Luzon in the Philippines around 50,000 to 67,000 years ago. Â For evolutionary biologists, this is an incredible discovery, which makes the island of Luzon the third Southeast Asian island in the last 15 years to show signs of ancient human activity, and makes H. luzonensis the first known human presence in the Philippines.

In the past, the Philippines was not considered ideal for human archaeology, as there was no distinct land bridge from mainland Asia to the islands, so archaeologists believed that digging deep underground would not yield any important results. Â However, in the last 20 years this idea has drastically changed. In 2003, Armand Mijares, an archaeologist at the University of the Philippines Diliman, dug near the Callao Cave, and discovered ancient human activity, through burial sites and prehistoric pottery, but only had dug a site around four feet deep. “Most Southeast Asian archaeologists would only excavate cave sites up to two meters, and they would stop,” Mijares says. In 2004, however, archaeologists discovered the Homo floresiensis in Indonesia, which roamed the islands over 50,000 years ago. Â In 2007, Mijares decided to dig near Callao Cave again, and found a nearly complete foot bone that very closely resembled that of a human. Â In 2010, Mijares team had unveiled a 67,000 year old fossil, and decided that they had not found ancient Homo sapiens, but a fossil that more closely resembled the H. floresiensis of Indonesia. Â After almost 20 years of excavation, Mijares and his team asserted that they had indeed discovered a new Homo species. 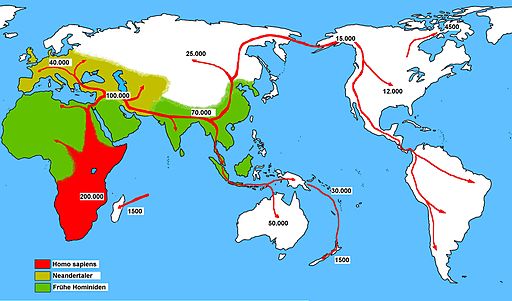 Many other bones, other than that of the H. luzonensis, were found in Callao Cave, including the bones of a deer, which appeared to have stone tool cut marks, showing signs that H. luzonensis was a proficient toolmaker and hunter.Â These discoveries are revolutionizing the evolutionary theory of humans, as most speculated that Homo erectus came to the Southeast Asian islands by land bridges, but places like the Philippines were considered out of reach, due to the ocean currents that would be impossible to cross without boats.Â This also complicates the theory that the first wave of humans out of Africa were H. erectus, and followed by H. sapiens. Â “Human evolution is far more complex [than we realised] and it was normal in the past to have several human species living side by side. In contrast to today where we are the only species left,” said Archaeogeochemist Rainer GrÃ¼n of Griffith University.

This entry was written by Wyatt B. and tagged Bio-Blogging. Bookmark the permalink.