Is Marijuana Bad For You? 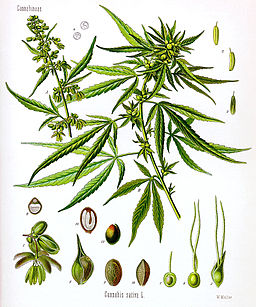 Known by many names, marijuana has become the most commonly used illegal substance in the world. Within the US, twenty-four states have already passed legislation allowing some form of legal usage of marijuana. As marijuana continues to becomes legalized in more and more states, researchers are now committed to studying its varying effects on the body. While traditionally being associated solely with pleasure and amusement, new studies have discovered potential correlations between marijuana and certain negative side effects. Researchers have now concluded that marijuana may cause abnormal brain functions, may lower IQ, and may lower middle age verbal memory. For developing teens who may be interested in partaking in such activities, it is crucial to understand the potential risks.

A recent study taken in London, Ontario found that early marijuana usage may cause abnormal brain function and lower IQ. Scientists believe that frequent marijuana users are at a higher risk for cognitive dysfunction and psychiatric illness. Dr. Elizabeth Osuch from the Lawson Health Research Institute and Dr. Joseph Rea from the Schulich School of Medicine & Dentistry at Western University recently led a study to determine the effects of marijuana and depression on psychiatric symptoms, brain function and cognitive function. They recruited a group of depressed non-users, a group of depressed users, a group of normal users, and a group of non users. Each group underwent psychiatric, cognitive and IQ testing. The study found that marijuana usage did not aid in symptoms of depression and that participants who used marijuana from a young age had highly abnormal brain function in areas related to visuospatial processing, memory, self-referential activity and reward processing.The results also showed lower IQ scores for participants who began usage before 17 years old. Although a larger number of participants is necessary to verify these results, this research should be taken into consideration.

Another study, known as the CARDIA (Coronary Artery Risk Development in Young Adults), was used to study the association between years of exposure to marijuana and cognitive performance in middle age participants. This study exposed participants to marijuana for 25 years, beginning in early adulthood. After 25 years, standardized tests of verbal memory, processing speed and executive function were used to measure cognitive performance. Dr. Reto Auer from the University of Lausanne Switzerland discovered that of the 3,385 participants tested, all showed signs of a worsened verbal memory. According to the results, for every five years of past exposure, lower verbal memory corresponded to an average of 1 of 2 participants remembering one word fewer from a list of 15 words. Luckily, the study found that marijuana did not appear to affect other domains of cognitive function. While marijuana may not have drastic effects on cognitive function, even exposure to the substance may hinder certain cognitive functions.

Although Marijuana is not the âdevils lettuceâ that some may claim, these previous studies have discovered multiple negative side effects. Keep in mind that marijuana may have harmful effects on the body.

This entry was written by Thomas K. and tagged Bio-Blogging. Bookmark the permalink.