Ring-tailed lemurs hugging each other with their tails.
Image from Wikimedia Commons

Do you know the remedy for a love that lasts a lifetime? Some might say that lemurs and voles have the answer. Both of these species mate for life unlike many animals, making them great candidates to research in order to find the answer scientists continue to look for. Once a lemur finds a spouse, they spend almost all of their time together, cleaning each other with their tails wrapped around their lover. What causes this attraction?

Scientists have found that lemursâ love lasts for a long time most likely due to many factors including cuddle chemicals. While mating, two important hormones are released. Oxytocin and vasopressin bind to receptors and cause changes in the brain during mating. They are synthesized in the hypothalamus, sent to the pituitary gland to be stored, and finally secreted into the bloodstream. As hormones bind to their specific receptors, reactions start to occur in a conveyor-belt-like fashion, called transduction. After this series of reactions, the cell response occurs, which is different depending on the cell and the type of molecule that binds to the cell. These initial hormones might be the most influential factor as to why lemurs choose to mate for life as they have been proven to regulate social cognition, social exploration, and attachment. 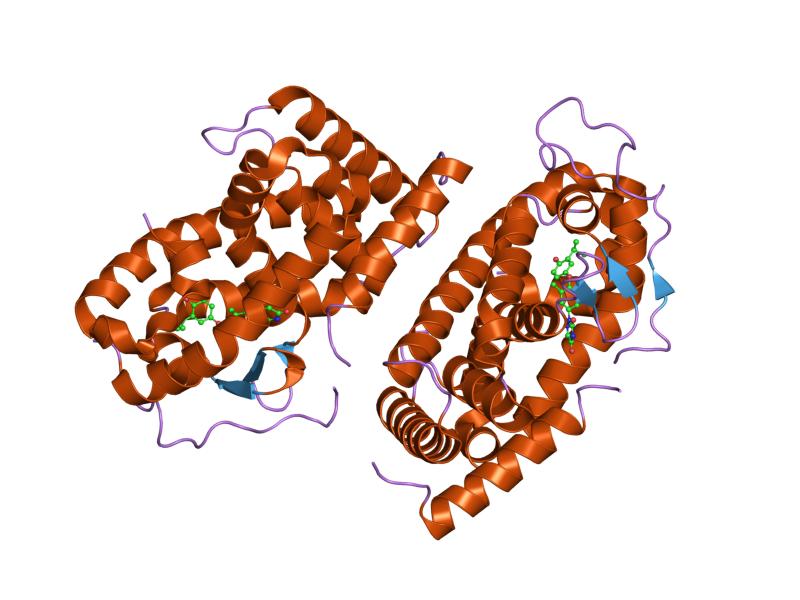 A signal molecule and receptor about to join.
Image from Wikimedia Commons

Studies have shown why prairie voles mate for life as well. When the brains of prairie voles were compared to their counterparts who are not faithful to the same vole their whole life, there was a slight difference seen in their brainsâ structure and function. Researchers found that prairie voles had more docking sites or receptors for these types of hormones that are produced while mating. Located in the reward-system of the brain, these prairie voles were more likely to keep mating with the same mate because they were rewarded by doing so. This study was also done with lemurs and very similar results were found, however, the hormones oxytocin and vasopressin acted on different parts of the brain comparatively. This can cause different effects based on where the target cells reside in the brain. More specifically, lemurs that are monogamous have been found to have more reception sites than promiscuous ones which might explain their reasoning to choose to mate for life. Now, scientists are studying the difference in couples that have normal oxytocin levels comparatively to couples in which their oxytocin hormones have been blocked from binding to its receptors.

Furthermore, more studies have been done that relate to volesâ instincts to stay close to others in their species. It has been proven that voles would much rather be in close quarters with many other voles than be spread apart and have their own personal space. So much so, that voles actually become much more stressed out when they are not in close contact with other voles. Their stress hormone levels drop roughly 20 percent when they are put in tighter quarters. This closeness goes to show yet another possible influence showing what causes the attraction of mating that same someone for life.

This entry was written by Rachelle J. and tagged Bio-Blogging. Bookmark the permalink.