Alcohol and Marijuana: What is Worse?

Alcohol and marijuana have been around for a very long time. Except for a short duration during the prohibition age, alcohol has been legal to drink throughout the United States for anyone twenty-one or older. Marijuana, on the other hand, has been illegal in the United States. However, in 2014 both Colorado and Washington lifted its ban on marijuana and now allows people who are twenty-one or older to smoke it recreationally. The legalization of marijuana has been a hot topic in the United States and many marijuana supporters claim it is healthier than alcohol. However, both marijuana and alcohol have negative effects on the human body in both short term and long term effects. 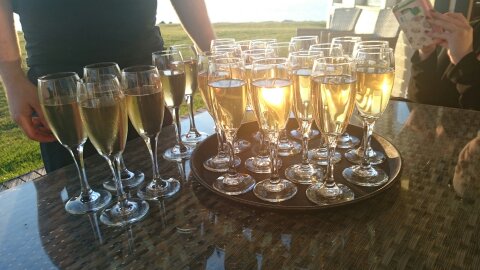 The effects of alcohol on the human body has been studied for years, but because, marijuana is illegal in most states, it is difficult for researchers to study the impact of this drug. The damage done by alcohol depends on the amount consumed. In extreme cases, binge drinking can lead to death. If the body cannot metabolize alcohol as quickly as it is being consumed, then there can be a buildup of alcohol in the brain. This overflow of alcohol can cause part of the brain, which is responsible for a personâs heartbeat and respiration, to shut down, leading to death. However, in less severe cases, alcohol can cause vomiting, breathing difficulties, impaired judgment, a loss of red blood cells, blackouts, or comas. Unlike alcohol, a person cannot fatally overdose on marijuana. The effects of marijuana are usually much subtler, but often equally as dangerous. Marijuana contains at least 60 types of cannabinoids, chemical compounds that act on receptors in a personâs brain. Cannabinoids work by causing the neurons in oneâs brain to fire continuously, causing a personâs thoughts to become magnified. Although this can cause a state of euphoria, it can also cause great anxiety which is the most common short term effect of this drug. Other short term effects marijuana can have on a person is short-term memory loss, hallucinations, increased heart rate (risk of heart attack), and impaired coordination.

Though the short term effects of both these substances can be harmful, it is the long term effects that cause the greatest damage. The consumption of both marijuana and alcohol at a young age can severely affect the development of the brain. One of the main arguments against marijuana is that it is a gateway drug, meaning those who smoke marijuana are more prone to consuming more harmful drugs. Around 9% of adults and 17% of people who started smoking as a teen become addicted. Continual use of marijuana can lead to a decline of up to 8 IQ points for a person. It can also lead to depression and personality change, such as becoming antisocial. However, because marijuana has not been studied very extensively, the long term effects of marijuana are still in question. Unlike marijuana, the effects of alcohol have been studied for ages. Excess consumption of alcohol can also lead to an addiction, increasing a personâs chances of cancer, disease, and self-harm. Alcohol can lead to liver disease, which can progress to fibrosis of the liver, which can finally turn into liver cancer. Alcohol can also lead to high blood pressure and chances of heart related diseases, nerve damage, and gastritis.

Both alcohol and marijuana have negative effects that can severely damage a person in both the short term and long term effect. Because marijuana has not been thoroughly researched, its effects are not completely known therefore comparing the dangers of the substances is very difficult. With the rise in use of marijuana, users should be wary of the potential dangers of the drug. Both substances should not be consumed because both can lead to different kinds of damage. However, if one were to consume either alcohol or marijuana, they should do so in small doses, decreasing the chances of negative side effects. Both substances cause dangerous problems for users and should be avoided.

This entry was written by Nathan P. and tagged Bio-Blogging. Bookmark the permalink.