Biological clocks or circadian rhythms are exquisite internal timing mechanisms that are widespread across nature enabling living organisms to cope with the major changes that occur from day to night, even across seasons. Humans, Animals and plants all have them. Now research reveals that bacteria too have internal clocks that align with the 24-hour cycle of life on Earth.

Existing inside cells, these molecular rhythms use external cues such as daylight and temperature to synchronize biological clocks to their environment. It is why we humans experience the effects of jet lag as our internal clocks are temporarily mismatched before aligning to the new cycle of light and dark at our travel destination. A growing body of research in the past two decades has demonstrated the importance of these molecular metronomes to essential processes, for example sleep and cognitive functioning in humans, and water regulation and photosynthesis in plants. Although bacteria represent 12% biomass of the planet and are important for health, ecology, and industrial biotechnology, very little is known of their 24 hr biological clocks.

Previous studies have shown that photosynthetic bacteria that require light to make energy have biological clocks. But free living non photosynthetic bacteria has always been a mystery. In this international study, researchers detected free running circadian rhythms in the nonphotosynthetic soil bacterium Bacillus subtilis. The team applied a technique called luciferase reporting, which involves adding an enzyme that produces bioluminescence that allows researchers to visualize how active a gene is inside an organism. 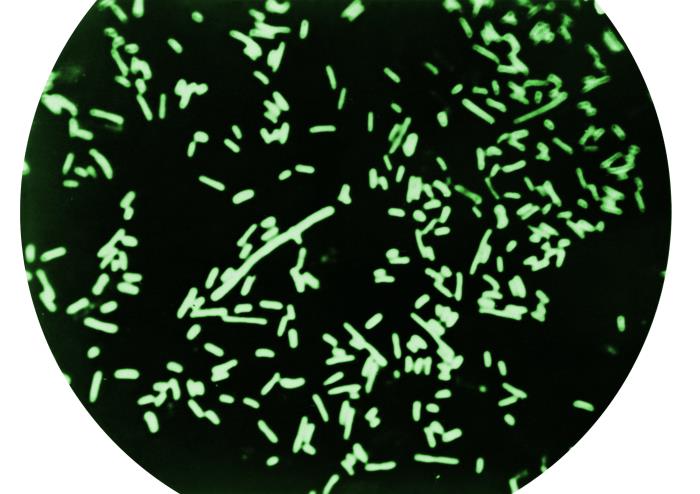 They focused on two genes: firstly, a gene called ytvA which encodes a blue light photoreceptor and secondly an enzyme called KinC that is involved in inducing formation of biofilms and spores in the bacterium. They observed the levels of the genes in constant dark in comparison to cycles of 12 hours of light and 12 hours of dark. They found that the pattern of ytvA levels were adjusted to the light and dark cycle, with levels increasing during the dark and decreasing in the light. A cycle was still observed in constant darkness. Researchers observed how it took several days for a stable pattern to appear and that the pattern could be reversed if the conditions were inverted. These two observations are common features of circadian rhythms and their ability to fall into environmental cues. They carried out similar experiments using daily temperature changes. For example, increasing the length or strength of the daily cycle, and finding the rhythms of ytvA and kinC adjusted in a way consistent with circadian rhythms, and not just simply switching on and off in response to the temperature.

This entry was written by Jahnvi M. and tagged Bio-Blogging. Bookmark the permalink.