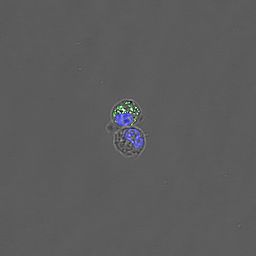 On October 3rd, 2016, Professor Yoshinori Ohsumi from the Tokyo Institute of Technology won the Nobel Prize in Physiology or Medicine for his discoveries of mechanisms for autophagy. The word originates from the Greek roots auto-, meaning âselfâ, and phagein, meaning âto eatâ. Autophagy is similar to the processes of endocytosis, but instead of ingesting extracellular materials to absorb nutrients, autophagy is the process in which cells engulf part of themselves and recycle their contents. The double-membraned vesicle, called the autophagosome, transports the damaged cell parts to the lysosome and fuses with it. Afterwards, the hydrolytic enzymes within the lysosome digest the particles. In his experiment, Ohsumi utilized yeast cells, which are practical for identifying genes in organelle processes. Ohsumi initiated self-starvation in mutated yeast cells that lacked digestive enzymes in the vacuole to discover whether autophagy existed in yeast cells. By comparing regular yeast cells with the mutated self-starved yeast cells, Ohsumi not only found that yeast cells have autophagic processes— evident by the autophagosomes in the vacuoles of the mutated yeast cells—he also identified genes involved in autophagy. The genes involved in autophagy subsequently aided in his discovery that a series of protein and protein complexes control the formation of autophagosomes.

It is shown that autophagy controls cell functions that require renewing or destroying damaged cell organelles and is initiated in response to the cellâs environment. Autophagy is important in maintaining the bodyâs homeostasis, such as maintaining muscle homeostasis after exercise. In this experiment, researchers analyzed mice tissue during a treadmill exercise. They found that autophagosomes increased after thirty minutes of exercise in skeletal and cardiac muscle, which was caused by the disruption of the BCL2-beclin-1 complex, an anti-autophagy protein complex. In addition, the researchers also found that exercise engendered autophagy in other organs that glucose and energy homeostasis, such as the liver and pancreas. Another study at the Albert Einstein College of Medicine of Yeshiva University suggests that autophagy is important in the function of cancer cells. Besides requiring a large amount of glucose to support the growth of cancer cells, cancer cells recycle their cell material in the lysosomes for digestion through autophagy. When the researchers blocked the protein that initiated this procedure genetically manipulating mice tumors, the researchers found that the tumors shrunk greatly and the cancer cells stopped dividing.

As I read about the developments in autophagy, I did not realize how crucial it is to our bodily functions. Although autophagy is still a relatively mysterious process to scientists, I think that if we can further our understanding on autophagy, we can improve our understanding in other cellular functions. Hopefully, we will eventually be able to understand the complexity of cancer and unknown diseases.

This entry was written by Gwen L. and tagged Bio-Blogging. Bookmark the permalink.