For years, elderly, ex sports players, and millions of people around the world are suffering from osteoarthritis. Many people deal with the pain and go through physical therapy, stretching, and a variety of pain relievers, anti-inflammatory drugs, Corticosteroids, and Hyaluronic acid. The CDC states that in 2013 the arthritis- attributable medical costs were $140 billion dollars. This can be broken down to costing every adult with arthritis an extra $2,117 dollars per year in medical cost. Arthritis Foundation states, the only benefits from dealing with osteoarthritis is many studies have shown that the immune system boost and the personâs ability to handle pain is increased. But what if people did not need to go through the suffering on a day to day basis because of this chronic disease? What if there was a way to cure osteoarthritis? 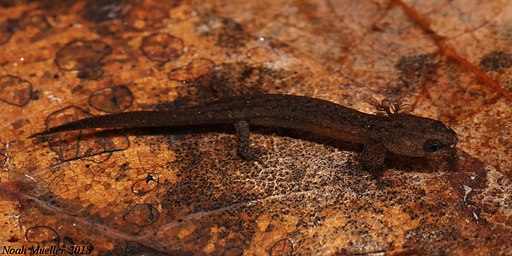 Salamanders. A study done by researchers at Duke Health published on October 9th, 2019 showed that humans can repair cartilage similar to salamanders and zebrafish regenerating limbs. Senior author Virginia Byers Kraus, M.D., Ph.D., a professor in the departments of Medicine, Pathology and Orthopedic Surgery at Duke said, “We believe that an understanding of this ‘salamander-like’ regenerative capacity in humans, and the critically missing components of this regulatory circuit, could provide the foundation for new approaches to repair joint tissues and possibly whole human limbs.” In finding this Kraus and researchers began testing the age of cartilage in ankles, knees, and hips. They found that newly created proteins have few or no amino acid conversions unlike middle aged proteins and older proteins that have many. From this they found that newer key proteins in human cartilage have a faster repair rate than the middle-aged and older proteins. This explains why ankles repair faster than knees with middle-aged proteins and hips with older proteins. In response to this, ankles are found to have a small chance of developing arthritis while hips and knees are more likely to develop arthritis over time or after an injury.

Another piece that plays a part in regulating regeneration is microRNAs. They are found in humans through evolution we are capable of joint tissue repair. Salamanders, as well as zebrafish, African freshwater fish and lizards have been able to use the microRNA to regenerate tails, fins and limbs. “We believe we could boost these regulators to fully regenerate degenerated cartilage of an arthritic joint. If we can figure out what regulators we are missing compared with salamanders, we might even be able to add the missing components back and develop a way someday to regenerate part or all of an injured human limb,” Kraus said. “We believe this is a fundamental mechanism of repair that could be applied to many tissues, not just cartilage.” These findings change the path of repairing joints and cartilage throughout the body. Being able to reduce the pain that millions of people have from osteoarthritis can increase peopleâs quality of life and decrease the toll that osteoarthritis puts on people physically, mentally, and economically. These findings are just the tip of the iceberg. Unlocking our “inner salamander” could lead to other cures for diseases.

This entry was written by Dash G. and tagged Bio-Blogging. Bookmark the permalink.