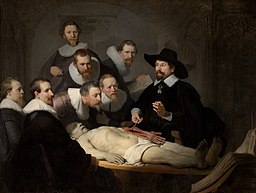 Dating back to the 3rd century, anatomy is one of the oldest forms of science. Early scientists explored the mysterious workings of the body by first cutting open animals, but they eventually ventured into the complex anatomy of the human body (which was even frowned upon by the Church at first). Hundreds of years later, it would make sense that humans would be very knowledgeable about anatomy and other biological sciences. Well, almost. There is always room to learn and grow in knowledge, just as scientists did while discovering what may be a new set of organs this year.

Scientists are looking at and researching what may be the first new organ (or rather, set of organs) discovered in about three-hundred years. While examining scans from patients, they noticed two unfamiliar structures beneath the skull and near the throat. Since the scans were from cadavers, they were then able to dissect and examine these unfamiliar structures, noticing they were connected to ducts and must be involved in the transport of fluids. This new pair of organs may be a fourth set of salivary glands, which are vital in the way we eat and swallow.

Salivary glands help us lubricate our mouths, swallow, transport chemicals for foods we eat, and even fight germs. Originally, there were three known types of these glands; though they are small, they play a role in âa lot of things that make you enjoy life,â according to surgeon and researcher Matthijs Valstar. These glands are also very sensitive, meaning doctors must take precautions to protect them during certain procedures. Were these new glands simply not discovered before, and can their presence affect how doctors treat certain diseases? Some researchers are convinced that they exist and can better help head and neck specialists, but others question the validity of these new claims.

There is great evidence that these organs are real, and their presence can help scientists better understand certain diseases and their respective treatments. If they are real, it may explain certain side effects that patients experience after radiation to the head or neck. Dry mouth and issues swallowing could be directly tied to the presence of unknown salivary glands, supporting the claim that they exist.

Others are not so convinced, though. There are over 1,000 minor salivary glands that are already arranged around the mouth and throat. Merely 1-2mm in diameter, these less-major glands are much smaller, and some believe that the so-called new glands were just mistaken for minor salivary glands. Some also are unconvinced that it is possible to find an entirely new structure in the human body, especially since it is 2020.

Regardless of the ânew organâ we all might have in our bodies, this is a learning experience for scientistsâand all of us. Even though scientists have been conducting specialized research and learning for centuries, there is still much to know about human anatomy. There is opportunity for growth and learning even in todayâs day and age, whether it is discovering a new organ or simply learning something new.

This entry was written by Allison K. and tagged Bio-Blogging. Bookmark the permalink.